About Asterisk and The PBX

Keynotes on day 2 of ITExpo-East pitted two software approaches against each other – Redmond WA Microsoft against Huntsville AL Digium. Fortunately, Microsoft went first so the smaller 'David' could position his company and the open source movement against the behemoth, 'Goliath' of software. 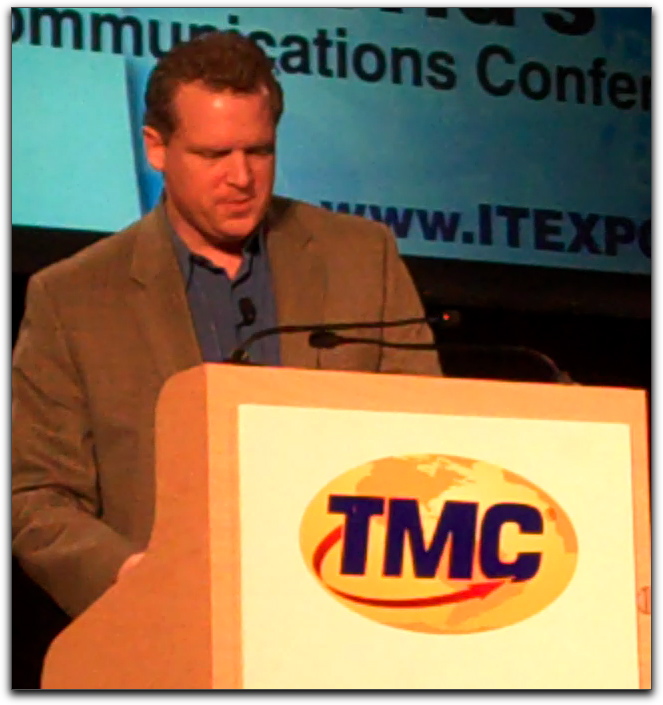 John Frederiksen is the Microsoft General Manager of the ResponsePoint business unit, which is also in full force at the show offering training and reseller recruiting. John discussed how ResponsePoint came about as a project from Microsoft Research, a $7 billion R&D shop. John also showed videos about the Microsoft vision for unified communications to deliver high value, high impact and highly relevant services to businesses and their customers. The video showed how a person's account details were reviewed online, and their request for a loan was lined up with the most appropriate (and available) loan officer. Then having set the appoinment (sharing photos, profiles or the like at the self-service counter) set, the loan officer appeared and discussed the clients' loan details. Featres were transferred to each others' tablets/mobile devices and they had a deal, or at least had the basis for a deal.

I found the video kinda linear. Does Microsoft plan to replace paper and pencils/pens? Not really as 'revolutionary' as pitched. More like a video and then a discussion how it might be relevant to the ResponsePoint business.

Right on time, Danny Windam, the Adtran executive who became CEO of Digium, gave a very funny overview about how his company and Microsoft are the same and different. They both write software. Digium doesn't have a cafeteria, everybody buys their own soda, and they don't spend $7 billion on anything, because they don't have $7 billion. Other than that…. 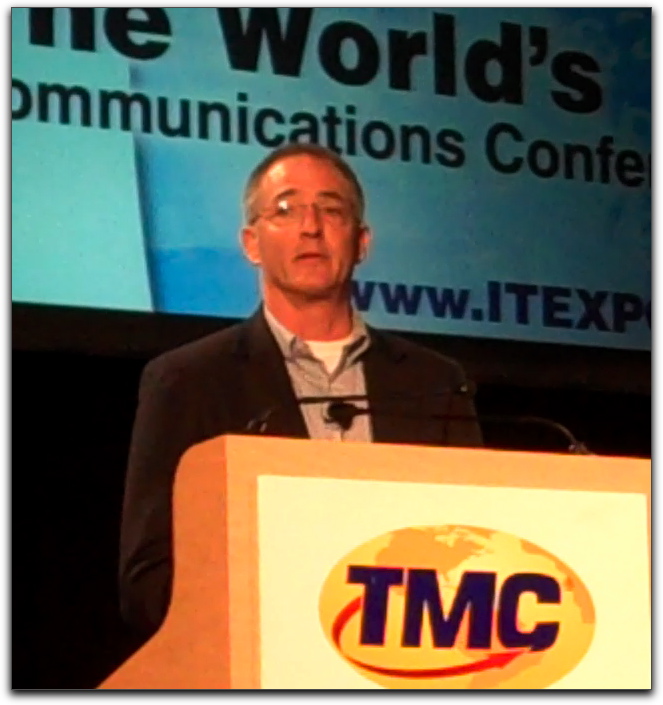 Danny delivered a presentation explaining why open source solutions were in the right place at the right time. The IP PBX market is $7.9 billion in 2010, growing at 21% CAGR according to Frost & Sullivan. Eastern Management Group reported that Asterisk represents 1.54 million downloads out of 1.75 million downloads of open source IP PBX. Some 86,872 of these downloads are in service, accounting for some 2.9 million lines (ports, endpoints or line-equivalents) in service… This suggests that open source IP PBXs count for 18% of the market, making Asterisk second only in deployed ports to Nortel. 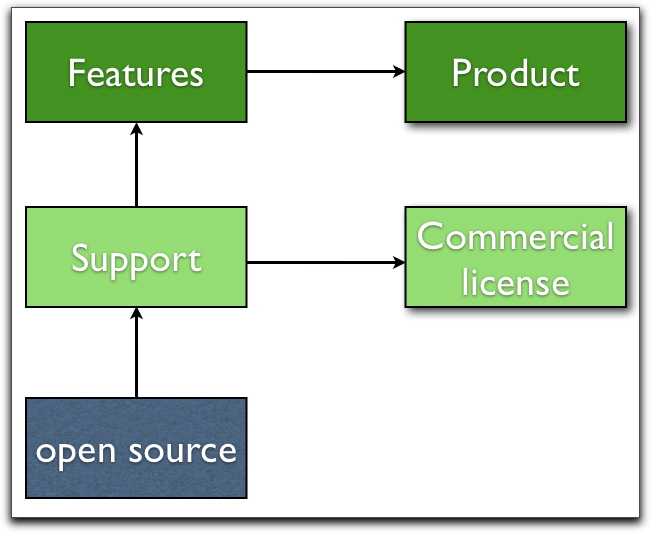 Danny went on to describe the Digium value model as depicted in this drawing. Open source code provides a reliable code base that can attract a premium for those capable of providing support services for the application. This is represented as a 'commercial license' or in Digium's case, as the Business Edition. Extra proprietary features, sometimes organized around providing a clean user interface are not open source code and give rise to innovative products built up from the open source base, but not changing the open source code. These are products sold in the usual way. Switchvox, for Digium is just such a product.

In the booth and in the show guide, Digium made much of the Switchvox release 4.0 and its extensive unified communications features that extend Asterisk and provide the unified communications features of leading IP PBX offerings. Release 4.0 includes voice, video, chat, fax, web mash-up integration and seamless multi-site presence functionality. Elsewhere in the booth, Digium also showed off its latest integration with Salesforce.com.