After watching Borussia Dortmund thoroughly dominate last years Bundesliga Champions, Bayern Munich in Munich 3-1 on Saturday, I thought about what winning the Bundesliga and playing in the Champions League would mean for the previously financially troubled club located in the Ruhr of Germany?  I have contemplated the possible outcomes and have come with three distinct routes with many different possible outcomes. 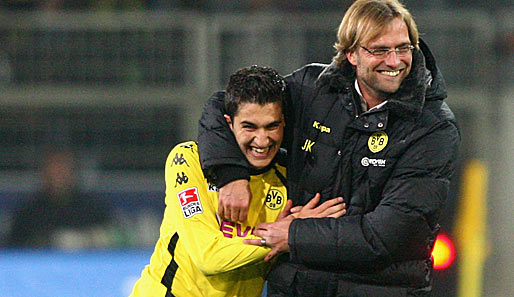 With the plethora of young players who came to the club relatively cheap, and performing at such a high level, it would be easy to assume that they might do what Bayern does with it’s homegrown talent, keep it.  This would be one way that Dortmund could go, keep the squad that regained (they are 12 points up with 10 games left) the Bundesliga Shield after a nine year absence.  Of course this would be quite expensive as the young players would probably ask for hefty pay increases, but with more money coming in thru automatic qualification to the UEFA Champions League and the millions of euros promised by that competition this may not be as big a challenge as one might think.  The dangers with this is that the players might then become spoiled, or even not live up to the expectations that they themselves have brought upon themselves.

Another move that the club could do would be (as I call it), the “Werder Bremen decision” which is to sell of your players like stock, at the climax of value.  This would produce a true killing in the transfer market, netting the club an enormous profit.  Of course then they would have to rebuild, or plug in players who were not as instrumental in their success, which could create problems on the pitch and for mastermind manager Jurgen Klopp.  Just look at what happened to Bremen this season after selling stud midfielder Mesut Ozil, after finishing in the top three and playing in the prestigious and lucrative Champions League, they are struggling to stay alive in the Bundesliga, hanging on to a one point lead in 15th place, one place ahead of relegation.

The last move is the “Schalke move”, which similar to their rival Ruhr club from Gelsenkirchen, finished in Champions League automatic qualification at second last year.  Then they decided to splash millions of euros to purchase foreign players such as Spanish striker Raul from Real Madrid, and Dutch striker Klaas-Jan Huntelaar from AC Milan for 13 million euro.  But with the additions, manager Felix Magath has found it hard to find the correct formula for his team, as they are struggling threw the Bundesliga sitting currently in 10th place, and sitting 10 points out of any European competition.

Dortmund and Klopp face many tough decisions this summer with their squad.  I expect as stated in a Wall Street Journal’s article by Gabriele Marcotti, the team is a tight knit group with a true mad hatter at the helm in Klopp, it will be a truly challenging decision for the club.  It will be difficult for Dortmund to sell off their young and promising squad, but like Bremen has demonstrated, and what my Dad has always told me, sports is a business.