China Is More Developed Than Assumed…

The Wall Street Journal on July 30, 2007 reported an amazing chart on the left, from the folks at AGB Nielsen Media Research, who have been reporting on consumer trends in China since 1983.

In 1999, while at Nortel, we were involved in the development of a chart to position the speed of Internet adoption as compared to radio, TV and mobile deployment. It was the number of years to 50% market deployment for the US.

I was reminded of that chart when I saw this graph: a truly amazing transformation of the communications infrastructure in that country has taken place in a very small number of years – say 15 or so. But it would be one thing if there were only 50 million people, or 100 million but it's over a billion! The sheer scale of the transformation is mind boggling to me. 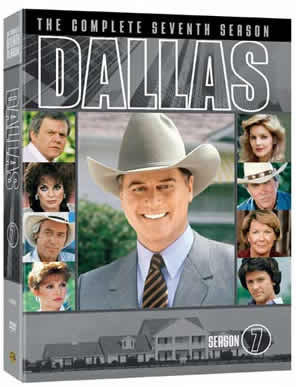 This bodes very well for the forces of democracy in China too.

Larry Hagman, the actor who had starred in the 1970s TV show, Dallas, once claimed that the show played a role in the fall of Communism.

Now, I am a former resident of Collin County Texas, where the Southfork ranch exists. Southfork is now a convention center with the original homestead as a museum in Murphy, TX only five miles away from our home in Allen. It was someplace we would take our family visitors to see and we'd all laugh about the season without Patrick Duffy (remember he got killed off, and at the beginning of the next season was in the shower – the whole previous season was a dream!)

Normally, I would think Larry's comment was a little far fetched, after all a TV show is just a TV show. But, then I remembered how my German grandmother loved her 'Dallas' in German when I went to visit her for Christmas in 1981. The show had real appeal around the world. It was a TV phenomenon in its time. How could a TV drama like 'Dallas' really play a role in the fall of Communism in Eastern Europe?

No doubt sophisticated mobile, Internet and TV communications have a large role to play in passing ideas around, something that dictators around the world struggle to control.