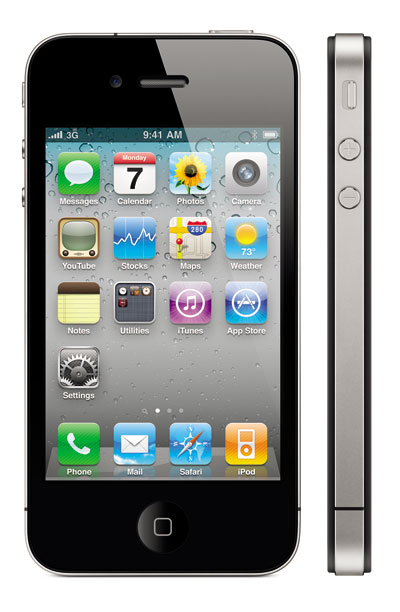 Is iPhone 4 Ready for Business?

With the new iPhone version 4.0 released by Apple, consumers seem to be quite jazzed about it with all of the new features. However, how does this new release affect the business applications of the iPhone4?

There are a couple of features that have been called for for quite some time now, including the multitasking aspects of the iPhone. (we blogged about these many times). In past versions, you could not run any two of the possible 200,000 apps that could be on your iPhone present from the app store. Every app died whenever a telephone call came in. Mobile UC apps like IM or presence had to be user activated to actually work, and work only as long as users remember to turn the app on. Many business apps need to be able to run in the background, called forward on user or coworker demand.

With the new update, iOS4, and the iPhone 4, a larger grouping of apps can be run simultaneously.  The types of apps allowed to run in the background are continuously streaming apps, like Pandora, internet call apps, voice navigation apps, and ones that do long downloads or uploads. Most business app developers are disappointed by the limited multi-threading.

Apple claims that they’ve made the iPhone a multi-purpose computing device (what every other smartphone really is) by finally allowing a user to be on a call, download a report, and check their email to see what others think about the report being discussed. But, this is an incomplete picture of how businesses need multi-threading.

Another great feature that the iPhone4 has is having two cameras, one facing towards the user, and one of the reverse that the user would point at the people/object they want to take a picture of.  With Facetime, a new mobile video chat app, a user can video chat over a Wi-Fi network to another iPhone 4 user.  They can switch to either camera they want to use with a press of a button.  Now a virtual video conference can commence using just a iPhone 4 and a steady hand, requiring a Wi-Fi network of course.

A serious limitation is the AT&T network coverage, particularly in urban networks. The iPhone 4 will do nothing for folks who already experience poor service performance. Apple promises new software that should also decrease the likelihood of call drops by automatically choosing a better bandwidth for the call, not necessarily the strongest signal. With the new metal rib design of the device, it should also help get a better signal.  Obviously, Apple and AT&T are also continually looking into this problem area, but if reliability is a must, this may not be much of a decision.

I’d like to see Apple enable more multi-tasking to really unleash even greater developer creativity and business functionality. I’d like to see the end of the exclusive Apple-AT&T agreement. I’d like to see the iPhone with more network operators in the USA. Competition has a way of creating focus on the most valuable dimensions of customer value, like coverage. Despite these weaknesses in the iPhone 4 package, Apple does offer up radically new applications and features that will give users a high degree of personal and business value. Besides, the basics for business are already there – the iPhone does offer security, remote wipe, VPN, scalable configuration and other capabilities suited to enterprise. Apple will offer more multi-tasking services one day, just maybe not for some time into the future. In the meantime, millions of users will buy an iPhone. And I suspect that many of these will be business people.